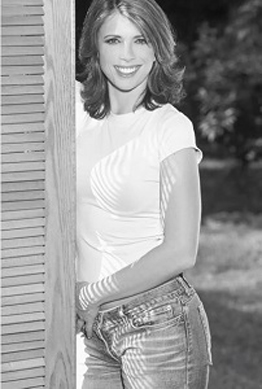 We all love a great movie, and on this site we intend to use our considerable background in the motion picture industry to bring you the latest information on films that we think are inspirational and are based on true stories about the very topics that we address in these webpages. If you have an inspirational story we welcome you to tell your story here also.

Kimber Eastwood on the Board of Directors of Youthful & Ageless ™, An Honorable Cause, Bringing Information to Billions ™, and Atlantic Publicity All Copyrights Reserved

Adrienne Papp, Founder and CEO of Youthful&Ageless™, Brining Information to Millions, An Honorable Cause

We proudly welcome Nick Mysore, branding genius ( known for “Milk Mustache” and “Got Milk?” campaign) on the Board of Directors of Youthful and Ageless™

Dallas-based organic beverages company, V+V Apothicaire, has announced Nick Mysore as the company’s new President and Chief Executive Officer, effective immediately.Mysore previously held senior leadership positions at Dean Foods and ConAgra. He was an integral part of the transformation of more than 30 regional milk brands into the TruMoo brand, and advised both the “Milk Mustache” and “Got Milk?” campaigns….Read More

Personalized full service legal representation. Jon Freis has been with us for over 8 years. We believe in simplicity, clarity and fairness. Our contracts are brief, transparent and easy to understand. Jon has first hand experience in Health. He is on the Board of Directors of Y&A

The Following Movies Are Based on True Events in The Subject Matters Addressed in Our Academic Research Pages in Various Categories.

Other movies based on true stories, some are health related, some are related to Neuroplasticity and other subjects in this program. Click here to view.

The Best Medical Movies Based on True Stories Click here to view.

It’s the start of the awards season, which means that the Golden Globes awards broadcast arrived on Sunday night, an extravaganza that not only helped keep the New Year celebration going, it also.. Read More…..

The 21st Satellite Awards by IPA By Adrienne Papp

Founded in 1996 by Mirjana Van Blaricom, The International Press Academy (IPA) is among the largest and most diverse associations of professional entertainment journalists in the world.With a membership of working press representing both domestic and foreign markets, the IPA reaches a truly global audience via major print, television, radio, cable, new media outlets, and internet pick-ups. More than 20 countries are represented by Read More…..

The Academy of Motion Picture Arts and Sciences announced today that 18 scientific and technical achievements represented by 34 individual award recipients, as well as five organizations, will be honored at its annual Scientific and Read More…..

The Academy of Motion Picture Arts and Sciences today announced that seven films remain in competition in the Makeup and Hairstyling category for the 89th Academy Awards®.Read More…..

Caucus’ new motto is “Leading the Evolution” and that’s what they have been doing for over 40 years. Each year The Caucus honors outstanding creative television and new media talent at Read More…..

The Academy of Motion Picture Arts and Sciences today announced that 15 films in the Documentary Feature category will advance in the voting process for the 89th Academy Awards®. One hundred forty-five films were originally submitted in the category.Read More…..

Annual Awards Dinner by The Caucus for Producers, Writers & Directors By Adrienne Papp

If you watched the 88th Academy Award broadcast last Sunday night, then you know the night was filled with lots of topical commentary. There were speeches about racism, gay rights, the environment and sexual victims, as Hollywood was in the mood to address almost every popular social cause, and did so directly. Read More…..

Inside the 2016 Grammy Awards By Adrienne Papp

Music fans got a big treat during the broadcast of the 58th Grammy Awards on Monday. It was a night when all of the industry’s biggest performers put on a stellar show and also a display of the breadth of talent and rich diversity in contemporary . Read More…..

It’s always great to start the year off wit the Golden Globe awards. Sometimes seen as a precursor to the other major award shows, like the Academy Awards, the Golden Globes are fun and casual, with more colorful language, sharper critiques and more good humor than typically seen at other entertainment ceremonies. Read More…..

Legendary actress Ellen Burstyn and journalist/ novelist/ director Martyn Burke will be on-hand to receive the most prestigious honors bestowed by the International Press Academy, the largest group of entertainment journalists to recognize accomplishments in the film, television and digital entertainment industry. Read More…..

Inside The 2015 Emmy Awards By Adrienne Papp

At last years 2014 Emmy Awards, if you were nominated and a previous Emmy winner, the chances were pretty good that you would win another Emmy in your category. Read More…..

Stars To Light Up Oscar Night® By Adrienne Papp

My favorite event every year is the Satellite Awards given out by The International Press Academy that honors artistic excellence in the areas of Motion Pictures, Television, Radio, and New Media via the Satellite® Awards, Read More…..

Please tell us your story.