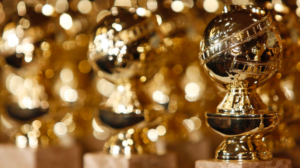 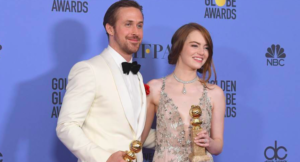 It’s the start of the awards season, which means that the Golden Globes awards broadcast arrived on Sunday night, an extravaganza that not only helped keep the New Year celebration going, it also showed us just how much diversity there was in the years’ best motion picture and broadcast entertainment.

“La La Land” won a record seven awards, including for best picture comedy or musical. In doing so, it broke the record shared by two 1970s movies, “One Flew Over the Cuckoo’s Nest” and “Midnight Express,” both of which won six Globes, including wins in a category — acting debut — that no longer exists. It was a dominant night for this evocative film about the love affair between a would-be movie star and a tough, sardonic jazz musician, taking home awards for best film and acting awards for Emma Stone and Ryan Gosling in the musical/comedy category, along with best director, screenplay, score and song, capturing the collective momentum in a way that usually translates into Academy Award success.

Host Jimmy Fallon opened the evening with a “La La Land”-inspired musical tribute of sorts that demonstrated just how well entrenched Damien Chazelle’s musical has entered the pop culture consciousness, Fallon sang numbers based on two songs from the movie — “Another Day of Sun” and “City of Stars” — and parodied the movie’s Griffith Observatory dream sequence, waltzing and floating with Justin Timberlake and a backdrop of stars. 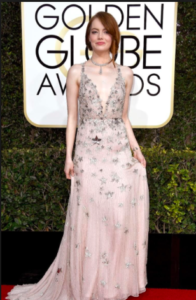 It was a bubbly start to what was to become a celebration of the best Hollywood has to offer, that, along with some political commentary by Meryl Streep, gave the broadcast a big jump in viewership, up 8% from the previous broadcast. In all, the Golden Globes attracted some 20 million viewers, a positive for award show popularity that has seen dips with viewers over the past several years.

“Moonlight,” directed by Barry Jenkins, a social drama depicting three periods in the life of a young black man struggling with and ultimately learning to accept his gay identity, took one significant Globe — the evening’s last, for best dramatic picture. Jenkins’ socially themed film has become a recent part of the cultural conversation provoking discussions about race, sexuality and identity.

One of the evening’s biggest surprises came when Isabelle Hupperttook best actress in a drama for the French film “Elle,” beating Natalie Portman, who was favored to win for “Jackie.” (“Elle,” a thriller about a businesswoman, who tracks her rapist, also won best foreign film.)

The most controversial segment of the broadcast occurred when it took a political turn as Meryl Streep used her acceptance speech to denounce the president-elect. Mr. Trump responded to the criticism on Twitter a few hours later, adding an interactive political twist. 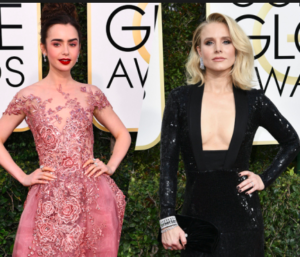 Lily Collins and Kristen Bell at the 2017 Golden Globes 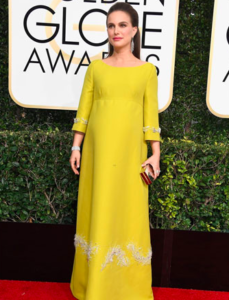 “Manchester by the Sea,” a film that has received a lot of critical acclaim and five nominations managed to win one Globe, for lead actor Casey Affleck, an actor whose career has taken a big leap in recent years, gave a compelling performance as the angry, confused janitor who finds himself becoming guardian to his nephew.

Awards for television programming were widely distributed. Best actress in a television drama went to Claire Foy, who plays a young Queen Elizabeth II in Netflix’s “The Crown,” which won for best dramatic series. The FX series “Atlanta,” about an aspiring rapper and his manager cousin, was honored as best comedy. Billy Bob Thornton was honored for best actor in a drama for his performance in “Goliath,” and Donald Glover took home the Globe as best comedic actor for his performance in “Atlanta,” beating Rami Malek (“Mr. Robot”) and Bob Odenkirk (“Better Call Saul”). 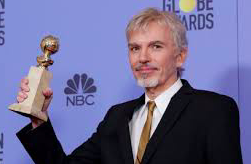 As expected, “The People vs. O. J. Simpson: Crime Story” was named best mini-series, and Sarah Paulson, repeating acting her win at the Emmys, was honored with a Globe for her portrayal of prosecutor Marcia Clark in that show. 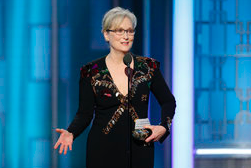 A very glamorous night yet again from Hollywood and many more to come! 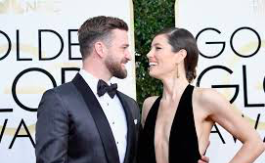 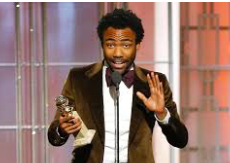