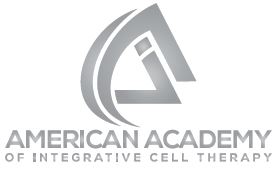 Anti-Aging
“Analysis of different indicators of chronic inﬂammation and aging included in initial, 24-hours, 2 weeks and 3 months protocols showed that stem cell treatment was safe for the patients; there were no adverse reactions. Moreover, data from follow-up protocols demonstrate signiﬁcantimprovement in energy level, hair, nail growth and skin conditions… Intravenously administered UC-MSCs were safe and effective in the improvement of symptoms related to chronicinﬂammation.”

Osteoarthritis
“In the MSC-treated joints, there was marked regeneration of the medial meniscus and decreased cartilage destruction and bone changes…”

Sport Injuries
“MSCs might promote scarless tendon and TBJ (tendon to bone junction) repair via the secretion of a variety of bioactive factors that suppress inﬂammation, inhibit ﬁbrosis and apoptosis, enhance angiogenesis, and stimulate mitosis and differentiation of host reparative cells.”

TMJ
“Mesenchymal stem cells (MSCs), derived from the bone marrow, synovium, and even umbilicalcord, play a role as seed cells for the cartilage regeneration of TMJ OA (osteoarthritis).”

Degenerative Disc Disease
“The results demonstrate the feasibility and safety of the allogeneic MSCs treatment while providing indications for their efficacy for relief of chronic low back pain… The procedure results in significant relief of pain and disability, and quantitative MRI evidence suggests partial disc healing.”

Rheumatoid Arthritis
“Treatment induced a significant remission of disease according to the American College of  Rheumatology improvement criteria, the 28-joint disease activity score, and the Health Assessment Questionnaire. The therapeutic effects maintained for 3–6 months without continuous administration.”

Ulcerative Colitis
“The use of MSCs can be evaluated as a new strategic direction for therapy UC. MSCs have powerful immunomodulatory effects, reduce the activity of autoimmune inflammation and stimulate the reparative process in the intestinal mucosa, thereby increasing the duration of remission, reduces risk of recurrence of disease, reduces the frequency of hospitalizations.”

Psoriasis
“The expression of proinflammatory cytokines such as IL-6, IL-17, and TNF-α was inhibited by MSC injection… Dendritic cells which are co-cultured with MSCs suppressed CD4+ T cell activation and differentiation, which are important for the pathogenesis of psoriasis. These results suggest that MSCs could be useful for treating psoriasis.”

Multiple Sclerosis
“Among the eight cases, six showed therapeutic improvement after hUC-MSCs treatment, and in all eight patients, relapse frequencies decreased to 36.4% of those before the treatment… MRI  characteristics also showed decreased volume and severity of lesions, with few adverse events… hUC-MSCs can alleviate disability and reduce relapse of secondary progressive multiple sclerosis by modulating immune responses, which also had been proved to be safe in MS patients.”

Stroke
“Recent reports have shown that the administration of stem cells in animals with stroke can induce the reinstatement of functional connectivity, as determined by functional MRI. This, in turn, may be mediated by the outgrowth of nerve fibers of endogenous neurons… Stem cell therapy results in the up-regulation of growth factors that may be responsible for the outgrowth of these endogenous fiber processes and for the inhibition of inflammatory processes, which may lead to secondary cell loss within the brain.”

TBI
“Treatment of TBI with hMSCs during the acute phase of injury can enhance neurological functional outcome, and suggest that increased levels of neurotrophic factors in the injured hemisphere leading to decreased neuronal apoptosis is one mechanism by which functional recovery may occur.”

Heart Disease
HUCB-derived MSCs have been shown to regenerate into cardiomyocytes in vitro… This study supports IV administration as an adequate strategy for HUCB (Human Umbilical Cord Blood) cell transplantation, allowing effective migration of the cells to the area of injury where they subsequently induce autologous differentiation for repair of infarcted myocardium.”

Vascular Disease
“We found a previously unappreciated effect on lipid metabolism. Serum cholesterol was reduced by 33%… MSCs significantly affected lesion development, which was reduced by 33% in the aortic root… We show here for the first time that MSC treatment affects not only inflammatory responses but also significantly reduces dyslipidaemia in mice. This makes MSCs a potent candidate for atherosclerosis therapies.”

– “The Current Status of Stem-Cell Therapy in Erectile Dysfunction: A Review,” Reed-Maldonado et al, The World Journal of Men’s Health, 2016

COPD
“Autologous cell therapy in patients having chronic obstructive pulmonary disease is a safe procedure and free of adverse effects. There was an improvement in laboratory parameters (spirometry) and a slowing down in the process of pathological degeneration. Also, patients reported improvements in the clinical condition and quality of life.”

Liver Cirrhosis
“All patients were terminal state LC (Liver Cirrhosis) patients. Two third in 51 had the ascitis and more than one third had hepatic encephalopathy. After single stem cell therapy using  UCBSC (Umbilical Cord Blood Stem Cell), most of the hepatic encephalopathy patients and more than two third of ascitic patients were improved in symptom or responded to medical therapy who were refractory to previous therapy… Stem cell therapy serves for prolongation of the life and improvement of quality of life.”

Migraines & Tension-Type Headache
“Four women with long histories of migraine or frequent tension-type headache that meet the International Classification of Headache Disorders criteria for Chronic Migraine or Tension-type Headaches… Two of the four patients, both of whom are Arab women aged 40 and 36 years, ceased having migraines after 1 month, for a period of 12 to 18 months. The third patient, a Slavic woman aged 43 years, had a significant decrease in the frequency and severity of migraines with only seven migraines over 18 months. The fourth patient, an Asian woman aged44 years, obtained a temporary decrease for a period of a month and was retreated 18 months later and has been free of migraines to date for 1 month.”

Alcoholism
“The administration of a single dose of bone marrow- or adipose tissue-derived MSCs reduced continuous chronic alcohol intake by 50% during 10 days… Animals treated with MSCs significantly reduced up to 80–85% their relapse-like alcohol intake compared to control rats… significantly inhibited relapse-like drinking for the 40 days investigated, suggesting a protracted remodeling.”

Chronic Pain
“A single systemic injection of hMSCs (human Mesenchymal Stem Cells) into the tail vein was able to reduce NP-like behaviors and to modify molecular and cellular pain-associated pathways… hMSCs were able to reduce pain-like behaviors, such as mechanical allodynia and thermal hyperalgesia, once injected into the tail vein. An anti-nociceptive effect was detectable from day 11 post surgery (7 days post cell injection). hMSCs were mainly able to home in the spinal cord and pre-frontal cortex of neuropathic mice.”

Wound Healing
“MSC therapy has shown enhanced wound healing through increased angiogenesis, reepithelialization, and tissue granulation. In clinical settings, MSC also showed a great promise in treating refractory wounds. In clinical studies, after MSC treatment, patients showed improvement of their wounds within days following administration, characterized by a decrease in wound size, an increase in the vascularity of the dermis, and increased dermal thickness of the wound bed.”

Macular Degeneration
“Animals received syngeneic MSCs (1×106 cells) by tail vein at an age before major photoreceptor loss… both rod and cone photoreceptors were preserved (5–6 cells thick) at the time when control animal has a single layer of photoreceptors remained; Visual function was significantly preserved compared with controls… The number of pathological vascular complexes (abnormal vessels associated with migrating pigment epithelium cells) and area of vascular leakage that would ordinarily develop were dramatically reduced… There was an increase in neurotrophic factors within eyes of animals that received MSCs.”